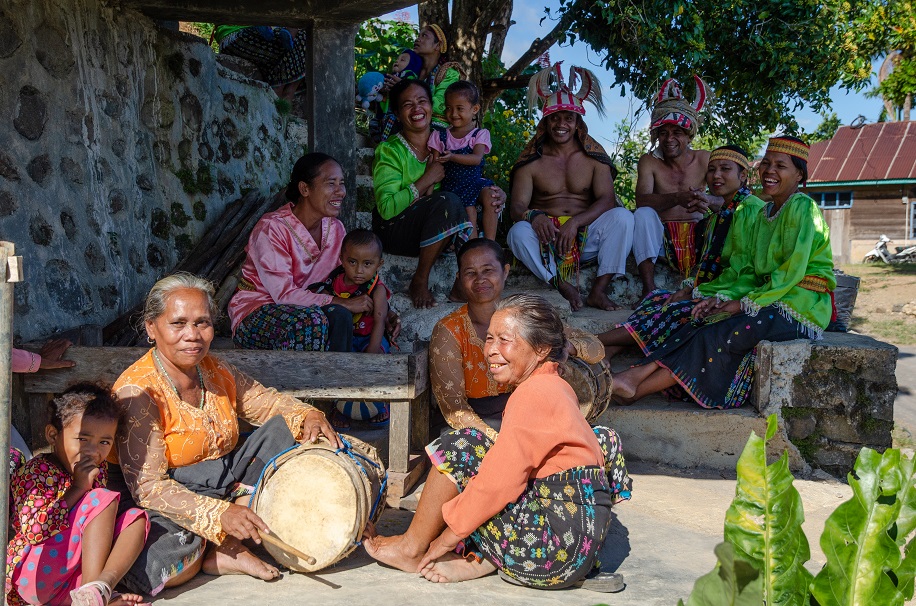 The people of Flores represents its stunning cultural diversity; with a population of 1,831,000 (2010), the population, as is the island, is split into eight regencies from west to east, each with it’s own unique language, dialects and capital cities. Manggarai, Ngada, Ende, Sikka and Flores Timur as well as their capitals Ruteng, Bajawa, Ende, Maumere, Larantuka and Lewoleba, recognizes Bahasa Indonesia as the o cial language, however everyday conversations in Flores are still carried out in local languages and dialects. of the Catholic Church. The missionaries also pioneered road construction. 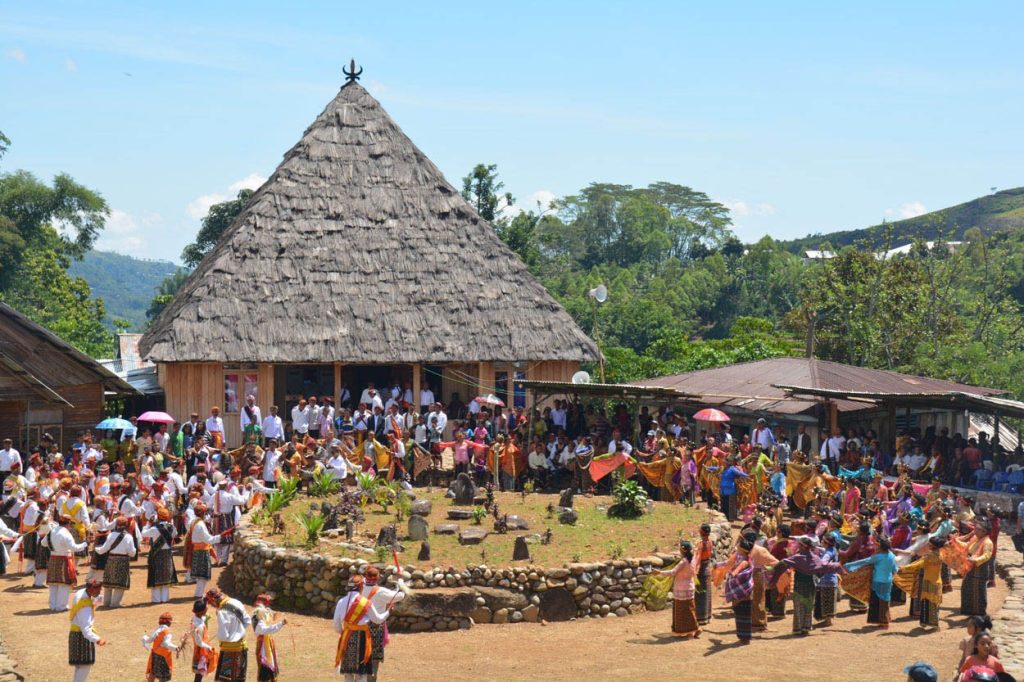 Even though Christianity has taken over the island, many elements of the belief systems that existed long before the arrival of the Catholic missionaries are still persistent, which are based upon the concept of complementary opposites like e.g. man/ woman, inside/outside, sky/earth, mountain/sea, old/young. These opposites are conceived to be interacting pairs of a circle of life.

Catholics make up a small minority in Indonesia, the world’s largest Muslim country by population; however Flores is the home of Indonesia’s largest Catholic community since the arrivals of missionaries in the 16th century. The Catholic mission established a vital part of the island’s educationand healthcare system. Until today, many hospitals are still managed by orders