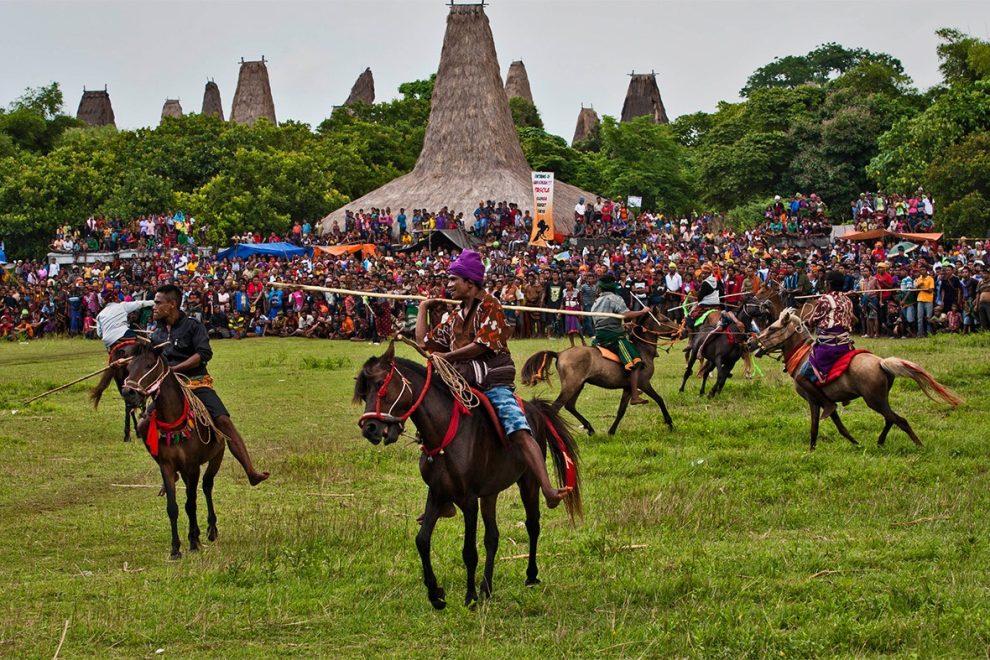 The Pasola War Festival takes place annually in February & March several days after the full moon in West Sumba, East Nusa Tenggara to honour God and the ancestors. Precise dates to the festival will usually be announced by religious representatives two weeks before the actual event takes place. Although thrilling to watch, the Pasola War Festival is an ancient ritual preceded by plenty of ceremonies and rituals. Visitors and tourists planning to watch should remember to behave calmly and accordingly. 50 men in traditional warrior costumes from multiple villages will be divided into two groups – the ritual begins with prayers and o erings and then warriors on horsebacks will begin chasing one another by throwing spears at their opponents until some blood can be seen. Do not be alarmed – the show of blood is part of the thanksgiving ritual for God and the ancestors. Pasola is derived from the word Sola or Hola, which means spear. *Photo by Pesonatrip.co.id