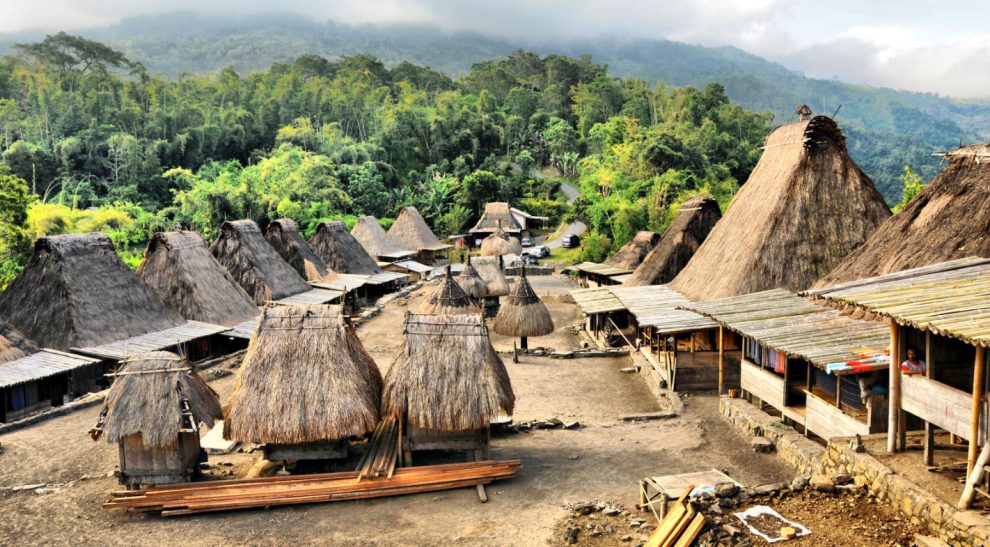 The name Flores came from the Portuguese who landed on the island in the 16th century and named it “Cabo das Flores”, which means “Cape of Flowers”. The rst Portuguese explorers landed in Flores in the year 1511, mainly to Larantuka and Sikka in the quest to dominate the lucrative spice trade in Asia and to extend their missionary e orts.

The missionaries also established the rst Catholic school in Larantuka by the late 16th century and later on became an important trade base. Flores – which itself was neither a source of precious spices nor sandalwood – became an important strategic point for the economic activities of Portuguese traders until the Dutch traders interfered with the spice trade.

Finally in 1769 the Portuguese were defeated and they withdrew to Dili in East Timor, and renounced their in uence in Eastern Indonesia and sold their remaining enclaves in Flores to the Dutch State. Except for a short period of Japanese occupation during World War II, the Dutch remained the dominating colonial force until Indonesia became an independent nation state in 1949.