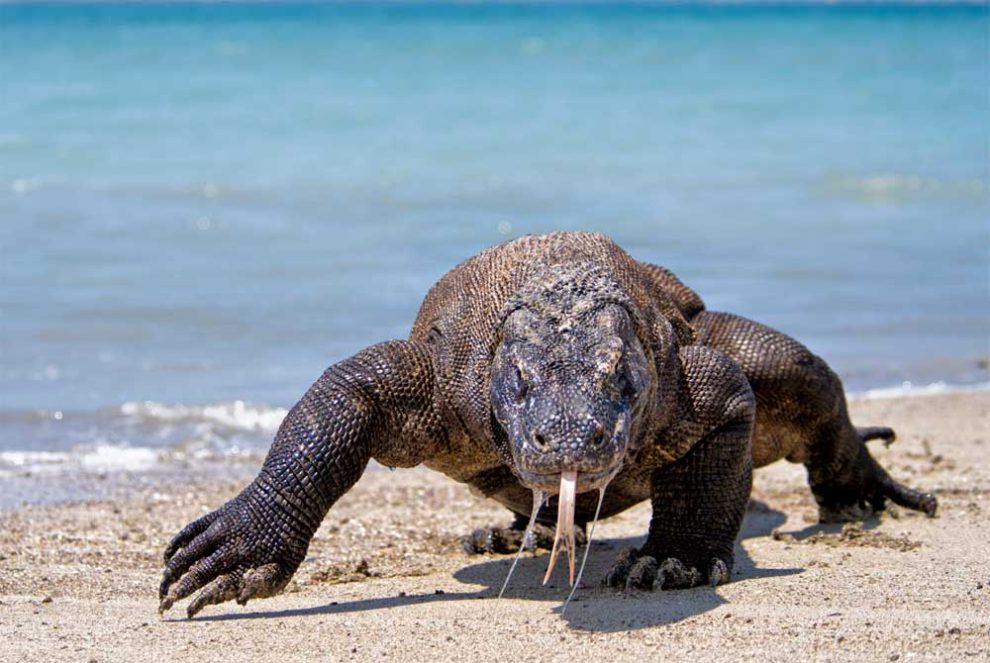 It is important to note that Labuan Bajo is the gateway into the Komodo National Park (KNP), which consists of Komodo Island, Rinca Island and Padar Island as well as the numerous smaller islands around it. Also a UNESCO World Heritage Site, the Park is not only home to the Komodo Dragon; many other notable species seek refuge here including the orange-footed scrub fowl, endemic rat and the Timor deer. This is also where you’ll nd one of the richest marine environments including coral reefs, mangroves, sea-grass beds,seamounts and semi-closed bays. There are over 1000 species of sh, 350 species of reef-building coral and 70 species of sponges as well as dugongs, sharks, manta rays, whales, dolphins and sea turtles.

There are two major points of entry into the Park; Loh Liang on Komodo Island and Loh Buaya on Rinca Island. A group of up to 20 people can charter a local boat at the port of Labuan Bajo for up to IDR 1.5 million per boat per day to get to your selected entry point. Another option is to book a tour package for guided tours around the Komodo National Park, which would include a tour of the surrounding islands including Komodo and Padar Island with activities such as viewing the Komodo Dragons, snorkeling at Manta Point and trekking at Gili Laba.

There are many operators now o ering full day, half day or a few nights’ trips with full-board and half-board options. One-day island hopping trips are also very popular with many options available via online booking. Alternatively you could make your own arrangements when you are at the port of Labuan Bajo.